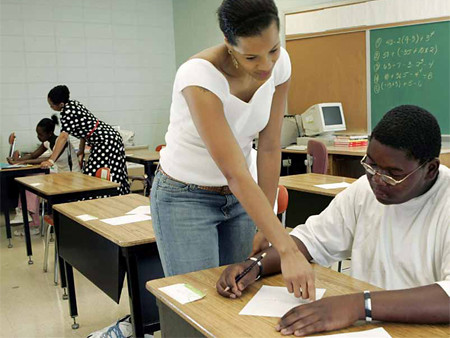 Childhood is a time of exploration that for some children and parents proves especially onerous. That’s most poignantly the case in families where a child has been diagnosed with Autism. The disorder renders especially difficult a child’s ability to communicate and to interact socially, which in turn brings forth significant social and educational challenges.

Before recent federal regulations were set in place, kids with Autism were taught in classrooms set apart from those designated for their non-Autistic peers. The new laws require that Autistic students be taught in regular classrooms as part of a school’s general population. It’s hoped that by being in regular classrooms children with the disorder will receive an education that’s equal to that obtained by their non-Autistic peers.

However, the inclusion of Autistic children in mainstream classrooms means that teachers must now learn new skill sets in order to make their intended scholastic impact among all the children present, whether Autistic and non-Autistic. Special trainings and seminars for that purpose are already taking place around the country.

It should be remembered that Autism is not a single developmental brain disorder but a group of them; together these are referred to as Autism Spectrum Disorder (ASD). At present, this group includes (1) Autistic disorder (2) Asperger’s disorder (3) Pervasive Developmental Disorder Not Otherwise Specified (4) Rett’s disorder and (5) Childhood Disintegrative Disorder.