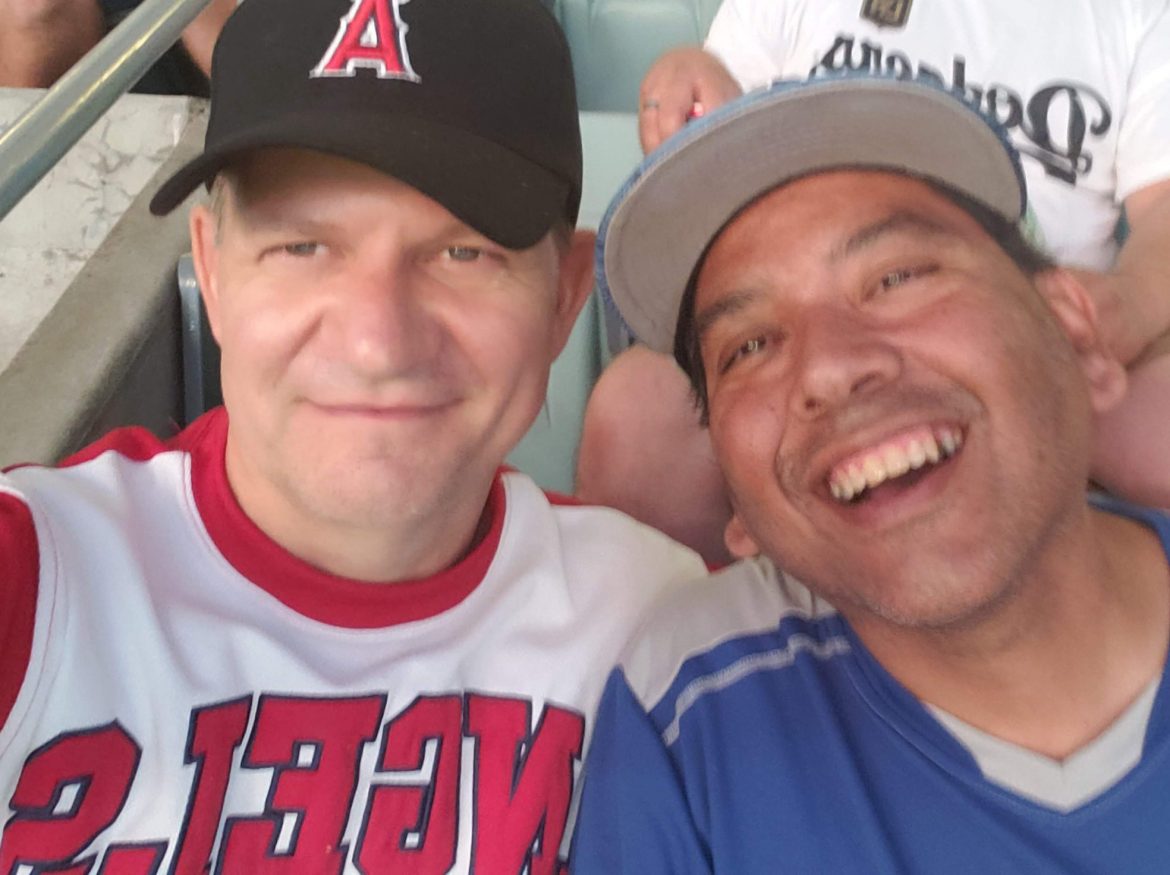 A Facebook friend posted this and I thought it is a great story to share. I will not share his name as I do know if he would want those details to be public:

25 Years ago, I met a mentally challenged guy named “Mario” at my workplace while in college. At first, being young and trying to be cool, I really didn’t want anything to do with him. Then one day, he brought me lunch and I told him to screw off and leave me alone. He started crying at a desk nearby and I felt like shit, like this is not the man I want to be and realized, why would I not be his friend…fear of what others might think? I committed myself to be his friend, one of his best friends and if anyone ever judged me for that, they can go and F*** themselves. 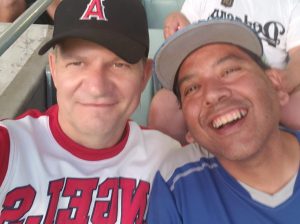 Regardless, this guy was beat by an iron in the head by his father as a kid (which made him mentally challenged), lost his mother due to drugs and diabetes, lives in terrible part of the LA area, where there are gangs and violence. But he is ok, he is always remarkably happy and has such a huge heart…never forgets a birthday or Christmas. One time I was at his house and I heard gunshots, I dove under his kitchen table nearly cracking my head open. He walked calmly, looked down with this big smile, laughed and said, “what’s wrong with you? those gunshots aren’t even on our street”.

Mario loves baseball, so when I am able too..from time to time, I pick him up and take him to his favorite Dodgers vs Angels games. Don’t get me started telling you about me trying to get him off a damn train for half a day…we will leave that for a bar story. While at the game a few weeks ago, he kept standing up to get people to do the wave and kept yelling “YEAH..WAVE EVERYBODY WAVE”. He doesn’t talk well..so people can tell he is a bit special…but man, he didn’t stop trying, did not stop smiling. He did not give up. As embarrassing as it was for me, I would keep getting up to help him out, over and over again, inning after inning…looked like a dork trying…but I wanted to support my friend. Sure enough, he got that whole entire stadium to do the damn wave, 45,000 people.

So here is the POINT of this post…if you managed to read it this far… Mario has just about nothing, he has never had a relationship with a significant other, never a job (he volunteers for public schools), he owns nothing, most of his family is dead, he had a major stroke a few years ago that left him partially disabled, has really nothing, lives in a place you and I wouldn’t even think about living but he is so FULL OF JOY and happiness. Why is this? Why aren’t you? Why aren’t I? We all have so much more than Mario, nobody I know would want to be in his shoes…but I am constantly amazed at this guy who has absolutely nothing can inspire so many people that have everything. SO my hat’s off to Mario and may we all learn to be a bit more grateful and joyful…because he is shiny example of that.