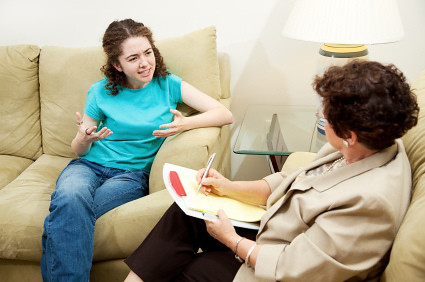 Bulimia nervosa, non-purging bulimia, and binge-eating disorder are three inter-related medical conditions and they should not to be mistaken for being one and the same thing. Bulimia nervosa is an eating disorder that currently affects more women than men: for every ten women diagnosed, one man is. The condition is characterized by periods of marked overeating — binging — that are followed by some purging activity like regurgitation or the consumption of laxatives to rid the body of the excessively consumed food. Afterwards, those affected by the condition experience guilt or shame.

By medical accord, bulimia is present in individuals who perform bulimia behaviors at least twice a week during a three-month period. The disorders are tied to concerns about body image and are more prevalent in rich countries than in poor ones, though incidences in the latter are on the rise. The affected sometimes turn to cognitive-behavioral therapy (CBT) to overcome the debilitating effects bulimia and binge-eating bring on.

CBT is one type of psychological treatment among many, but it has garnered renown for its goal-oriented approach and for its tackling of the behaviors that lead to emotional and psychological distress. Obsessive compulsive disorder, clinical depression, and posttraumatic stress disorder, like bulimia, are frequently treated with CBT.