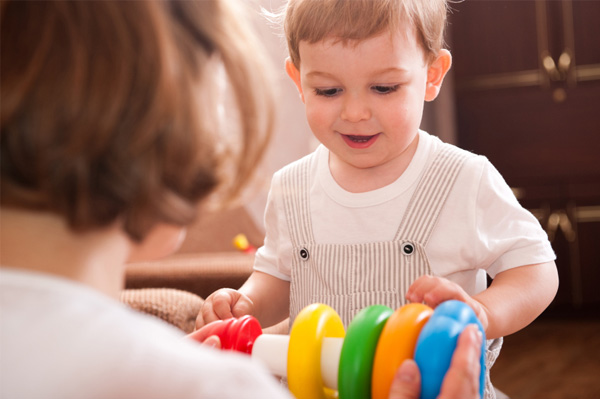 A mand is when a child makes a request for something. In behavioral terminology, a mand is a verbal response that is controlled by an establishing operation.

It is very important to note that mand training should be done across all environments, like home, school, community, etc. Mand training also should be done with all caregivers, such as moms, dads, teachers, grandparents, etc. Expectations should be consistent for the child.

Describe a target behavior for change

The peer reviewed article/ the study I have chosen to talk about is “Using mand Training to Increase Vocalization Rates in Infants”. It is written by Gabrielle T. Lee & Nicole Luke & Hye-Suk LeePark. In this article the study works with an ABCBC changing criterion design.

In this study the authors wish to see if using mand training techniques would increase vocalizations in infants. According to Lee, G., Luke, N., & LeePark, H.( 2014),  no self-injurious behaviors (SIB’s) or other dangerous behaviors were reported.

The clients for this study were two female infants around six weeks old who had  typically normal development. One of them was named Mimi and the other one was named Anna. Their families and caregivers also were involved in this study. The setting in which the intervention took place was the dining room tables of their homes.  During this study they were using mand training, deprivation of foods, and DRO’s.  Also, by means of naturalistic Observations and of course timers they were able to record the infants’ reactions to their caregivers.

As a result it was obvious that mand Training increased the vocalization rate in those two infants. Also, the study explains how the echoic modeling was not used there since the infants were only around six weeks of age, and were too young for that to be implemented ( Lee, G., Luke, N., & LeePark, H., 2014).

In life everything we do has a risk, we take risks and we live by risk. According to Bailey, J. S., & Burch, M. R., (2011), in order for us to understand how risk factors can affect the outcome of a treatment plan, we identified eight risk factors that are very common. In all of the risk factors, there is a great chance for harm to someone ; whether it is the client, or the mediator, anyone who is involved. The eight risk factors are:

The first risk factor is : Nature of the behavior to be treated . by means of this factor, in this study the authors wish to see if by using the mand training techniques it will increase the vocalizations in infants (Bailey & Burch, 2011).

The second risk factor is : Sufficient personnel or mediators to administer the treatment. So according to the article, yes, there were the infants caregivers and other family members were busy with their own things in the house and the three experimenters were administering the cues for the mand training and DRO’s, which were used during the entire study.

The third risk factor is : The person who administers the method is well trained and in this case if the mediator was well trained. During this research the researchers trained the caregivers on what to do and what to say for this study.

The forth risk factor is : The appropriate setting for the treatment, whether it is safe, clean, appropriate and well-lit. So during the research the researchers had the infants in their own home and on their own high chairs, where they were surrounded by their family members/ caregivers. So based upon that information it is obvious that the setting was very appropriate ( Lee, G., Luke, N., & LeePark, H., 2014).

The fifth risk factor is : The Behavior Analyst ( BA) must be experienced in this type of treatment/ case. According to this research study, it shows how all three researchers have their Doctoral Degrees’ as well as have published works in APA.

The sixth risk factor is : The question is if there are or there is any risk factors to others in the setting. According to this study there are not any present risk factors, since the caregivers are present in the dining room where the research is taking place along with the experimenters. The girls ( infants) are in their high chairs waiting for their cereal to arrive which is their reinforcement for increasing vocalization where they use cooing and / or other babbling words ( Lee, G., Luke, N., & LeePark, H., 2014).

The seventh risk factor is : if there is or there are buy-ins from the key people associated in this case. The case study shows that caregivers are the key people in this study, where by means of caregivers buy -ins, the vocalization rates of sounds in children are increasing.

Lastly, the eight risk factor is : Behavior analyst’s liability if there is any. There is the risk factor here since the family members of the girls can report them for keeping the food away from the kids for a long period of time. Also, the BA can be hold responsible for the fact that kids can get used to the cereal and keep wanting it where parents might not want to give them cereal that much or that often.

When conducting a balanced risk-benefit analysis, it is very important to review the benefits of treatment as well as the risks. There are five benefits of Behavioral treatment.

The first benefit of a risk-benefit analysis talks about the clients’ direct benefits and what those benefits are (Bailey & Burch, 2011). There are couple of benefits in this study that clients get. One of the direct benefits is that they both get cereal as a reinforcement for increased rated of vocalization, then they get verbal praises from everyone including the caregivers, and finally, they get improved vocalization which is also a direct benefit for the clients.

The second benefit of risk -benefit analysis is that when conducting the study if there are any indirect benefits to the setting (Bailey & Burch, 2011). The indirect benefits in this study are, when kids started to fuss when their behavior was being ignored and due to food deprivation.

Once we read and study about both risk -benefits, it is obvious to say that in this specific case benefits are overpowering the risks. The reason to say that is because the overall result was that no matter how much the babies were fussing when going through food deprivation and ignorance, the results were to show that mand training did work and the girls responded to the study just perfectly.