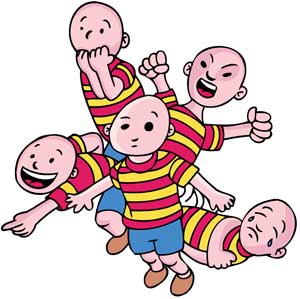 A method of evaluating a person’s behavior that provides us with a very precise picture of its regularity or severity is “behavioral recording”.

There are several methods of recording behavior such as :

Frequency recording is a simple counting of how many times a behavior occurs during a designated period of time. Those designated periods might be a minute, an hour, a day, or a week. This method is one of the most widely used measure in ABA (Cooper, Heron, & Heward, 2007).

Duration recording monitors the percent of time that a behavior occurs during the observation period, or it can be used to calculate the average time of display for the number of times that the student showed the behavior. Duration is important when measuring the amount of time a person engages in the target behavior (Cooper, Heron, & Heward, 2007).

Interval recording is a shortcut procedure for estimating the duration of a behavior.  During this method, the observer periodically looks at the client at predetermined intervals and records whether the behavior is occurring (Cooper, Heron, & Heward, 2007).